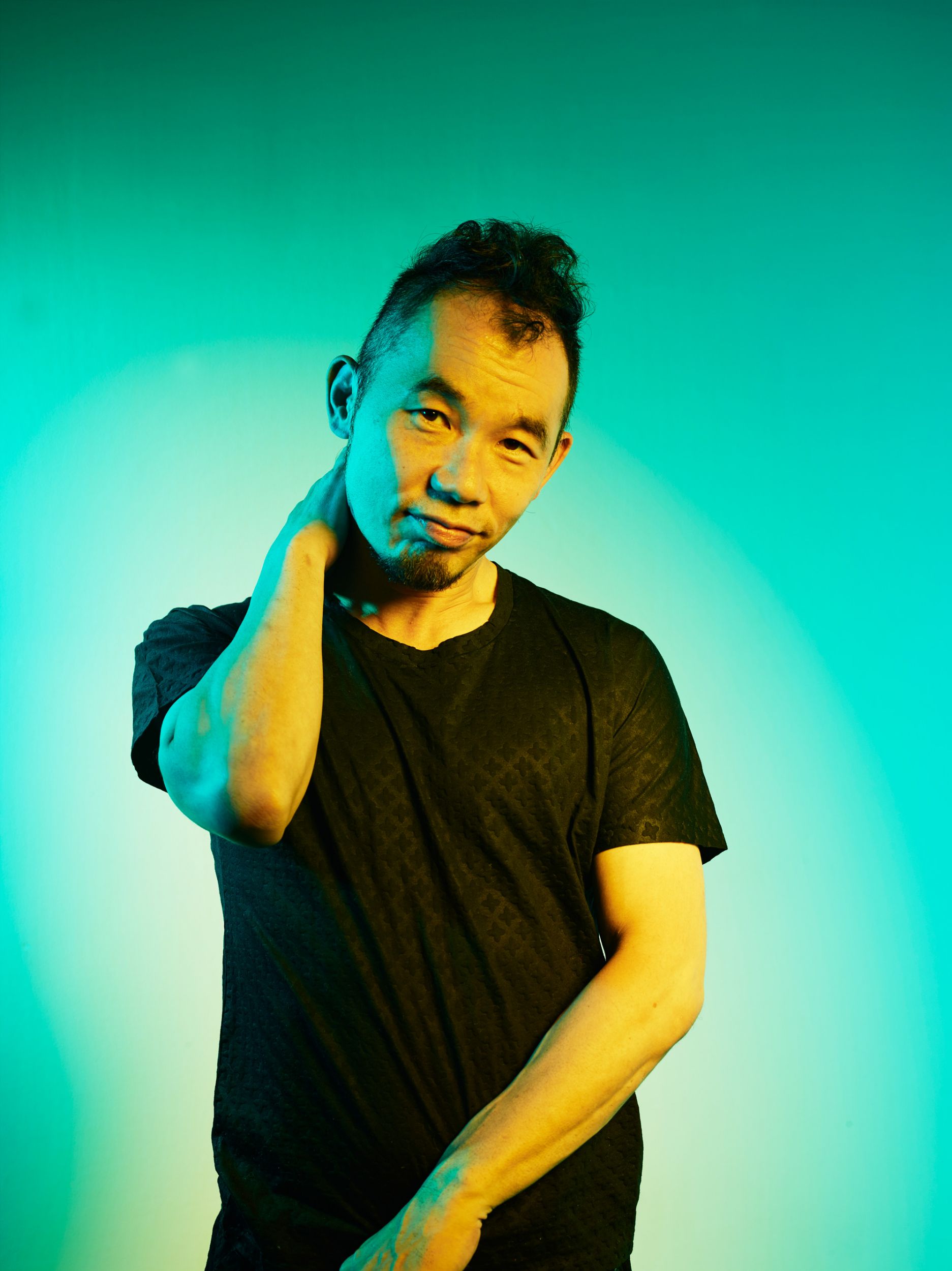 Hometown: Hiroshima City, Hiroshima Prefecture.
At age 23, Kaseda traveled alone to New York City to become a professional dancer. In the 15 years until his return to Japan in 2010, he worked continuously with dancers and performers from all over the world on the stages of New York.
Although he traveled to New York intending to be a professional dancer, it was in New York’s Chinatown that Kaseda fell in love with Chinese martial arts and began to take lessons. His talent for wushu blossomed, and he went on to win championships in US national martial arts tournaments three times.
As a member of enra, Kaseda draws upon his experience in New York, using elements of street dance with Chinese martial arts. Like the yin and yang of wushu, Kaseda’s performance style is marked by its powerful expression, weaving together the contrasting forces of static and dynamic.
In 2002 Kaseda fused dance and combat sports to create the performing collective SPINNIN RONIN, and he presently continues to produce new works with the group.